Answer: when you’re comparing 15-character and 18-character versions of the same ID.

Originally, all Salesforce IDs were 15-characters and case-sensitive. You could have IDs like 001C000000o4OOI and 001C000000o4Ooi, where the only difference between the IDs is upper and lower case, and they’d reflect two different records.

That worked fine, until people started exporting things like report data to Excel and using the Excel VLOOKUP function to match up records. The problem is that VLOOKUP doesn’t handle case-sensitive data well – it doesn’t recognize that 001C000000o4OOI is different from 001C000000o4Ooi.

In the Spring ’12 release, Salesforce introduced a new formula function that solves this problem. The function, CASESAFEID, accepts a 15-character ID as a parameter and returns the 18-character version. For example, you could create a formula (Text) field on Contact named AccountID18 with a formula function:

With this, if a Contact’s AccountID field is 001C000000o4OOI, the value in the AccountID18 field would be 001C000000o4OOIIA2. The AccountID18 field isn’t a lookup field – you would still use the AccountId field if you needed to look up to the Contact’s Account record. But if you wanted to create a report that allows you to export the 18-character version of the ID, this new field, using CASESAFEID, would do the trick.

I’ve talked about how creating a formula that uses CASESAFEID is useful if you use reports to look at IDs. What other situations can you think of where getting the 18-character ID would be useful? Post your answers in comments below. 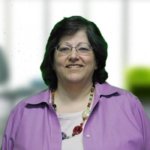